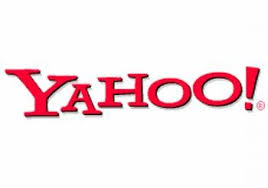 This week’s decision by Yahoo CEO Marissa Mayer is an excellent Human Resources case study, worthy of further analysis and debate by our HR students.
Silicon Valley is reacting strongly this week to Yahoo CEO Marissa Meyer’s surprise ban on all telecommuting. The blogosphere is buzzing with posts about the new Yahoo policy, while the Huffington Post, and a host of other media outlets have also weighed in, most of it negative.  The coup de grace was Gloria Steinem taking a very pointed swipe at Mayer during an interview on PBS Newshour last night.  While affecting all Yahoo employees equally, it is being viewed as particularly insensitive to working women who need to balance their work and home lives.
Mayer is herself a new mother, but she has exacerbated the negative reaction to her decision, by having a nursery built for her baby next to her office.  Regardless of the justifications for the policy, it is unquestionably a Human Resources and Public Relations disaster for Yahoo, now being referred to as the Mayergate scandal on Huffington Post.
Despite the furor, Yahoo Media Relations has been silent on the subject for at least three days. Yesterday, Yahoo finally released a brief statement that only served to make matters worse. Its stance, in essence: Don’t project your office culture issues on our company.
“This isn’t a broad industry view on working from home — this is about what is right for Yahoo!“, right…
Read more at http://www.onenewspage.com/n/Business/74vpdrsn6/Yahoo-Finally-Responds-To-Mayergate.htm#x9aqhHsQ43LWWdud.99
Others have also pointed out that Yahoo’s move against telecommuting has also potentially damaged their brand, and more importantly may seriously impair Yahoo’s efforts to recruit the “best and brightest” new employees, which Yahoo’s competitors, notably Google, who lost Mayer to Yahoo, will be likely to pounce on.
There has been a minority of comment in favor of Mayer’s ban on telecommuting, which is worth noting.  But without a doubt this is a great real-time opportunity for our HR students to debate this, and to continue to watch this as it unfolds. The best minority viewpoint comes from my long standing colleague and friend Geoff Moore on LinkedIn, author of numerous books on entrepreneurship and management. Geoff argues in his post, “Misunderstanding Marissa,”  that “she had to do it!”