Maybe three years ago, I recall hearing something about a “nuclear fusion” company starting up in Burnaby.  In my mind, the thought of a nuclear fusion company in Burnaby was outlandish and preposterous.  Growing up in southern California, and later northern California, I had been “up close and personal” with the Space Program, and nuclear physics at UC Berkeley Lawrence Nuclear Labs and the super secret Lawrence Livermore National Labs.  My next door neighbor in Moss Beach, California worked at Livermore Labs. I learned of this only because an FBI agent called on me to politely inquire about him (just a routine update of their files, apparently).   My notion was that something like nuclear fusion might “someday” be real, but would  require the scale of a Manhattan Project,  probably after I was long gone.  Nuclear fusion was pure Star Trek, so beyond current science as to be completely fantastical.

As it happens, there has already been an enormous amount of work on nuclear fusion, at enormous expense.  The United States has been working on a project at Livermore National Labs, known as The National Ignition Facility (https://lasers.llnl.gov/#), which even uses the Star Trek imagery on their website. The other major project is a United Nations sponsored project, involving many nations, at the largely secret French nuclear research facility in Haute Provence, Cadarache.  I happen to know the Cadarache nuclear research site extremely well, because it is situated on the main road to my wife’s home village, we know people who work there, and there are almost always Greenpeace demonstrators at the main gate. Known as the International Thermonuclear Experimental Reactor (ITER) project, it is expected to be operational in 2022, but only after the expenditure of multiple Billions of Euros, at a time when Euros are in short supply. 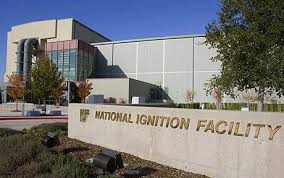 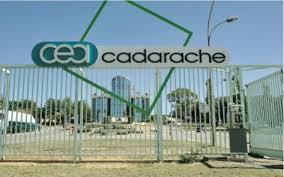 Unfortunately, as often happens in such visionary research and development, both the U.S. National Ignition Facility and the Cadarache ITER projects have run into major technical and financial problems that are threatening their futures.

But then we have General Fusion, a very small startup company in Burnaby, on an infinitesimally smaller budget than the United States or the United Nations. apparently competing with the U.S. Department of Energy and the United Nations ITER project at Cadarache. How can this be?  Why does this also sound like the other Big Idea startup in Burnaby, D-Wave, perfecting quantum computing, despite the enormous odds against it?

This is not to say that General Fusion is going to necessarily change the World. What it does say is that enough informed people and brave investors believe that it is possible, that they are willing to risk their careers and that major institutional investors are prepared to risk their capital on it.  That is the Big Idea in action. That is what innovation in Canada needs more than anything. Money and bravery.

Ryan Holmes, CEO of Hootsuite in Vancouver, another of the shining new companies, has recently posted on LinkedIn that Canada is creating a “Maple Syrup Gang” of promising startups that are redefining entrepreneurship in Canada, his company being prominent among them. The “Maple Syrup Gang” is an amusing analogy to the real-life hijacking of millions of dollars of maple syrup by a criminal gang in Quebec. Holmes has also gone on to rhetorically ask the question, “Is Silicon Valley‘s Heyday Over?”  Regrettably, Holmes articles are embarrassing hyperbole.  Vancouver has had earlier promising high tech booms that have fizzled and died.  Unfortunately, the complex matrix of issues affecting Canadian innovation and the potential success of Canadian startups are still daunting.

I am very encouraged by the early successes of General Fusion and D-Wave in Vancouver, for many reasons.  But it is extremely premature to declare victory over Silicon Valley.  I came here in 1987 to join a promising startup, pioneering wireless data.. The company died from mismanagement, when it could have been a World power in wireless data. It is a case study in how Canada has historically shot itself in the foot, or is unable to capitalize,  every time it gets a good idea.